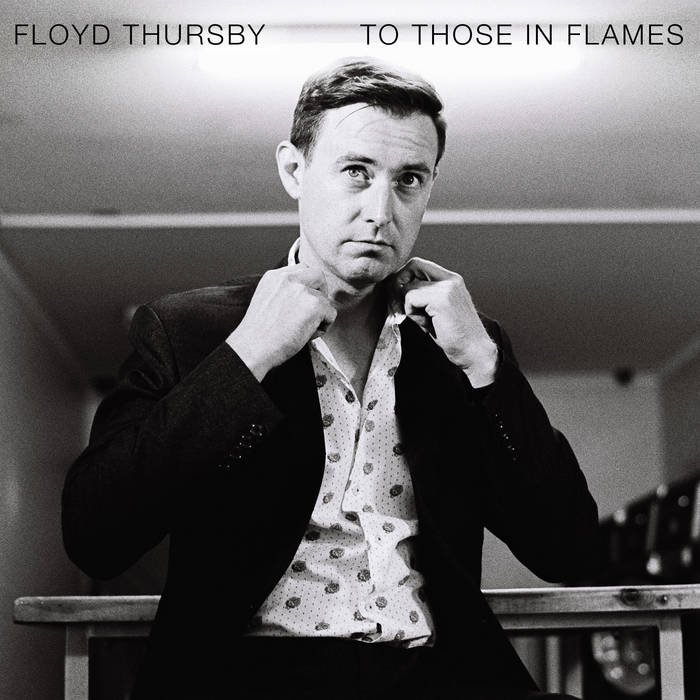 Melbourne singer-songwriter Floyd Thursby has released his album To those in flames, available through Ang Fang Industries on Spotify, Apple Music and other digital platforms, and on CD through Bandcamp.

A collection of deeply personal songs written during a five month journey from Iceland to Iran, the album explores love and longing, the freedom of leaving an office job to pursue one’s dreams, and the tragic loss of close friend and film-maker Cris Jones at the age of 37 in 2017.

The album was produced by Marty Brown (Art of Fighting, Clare Bowditch) and features Harry Lye (Ang Fang Quartet, The Unusual Suspects, Dr Decadence) on vibraphone and Andrew Tanner (Vulgargrad, Zulya & the Children of the Underground) on double bass.

The lead single and title track ‘To those in flames’ was composed in Portugal and first performed in the Caucasian republic of Georgia and is a meditation on mania and a troubled love affair. ‘Cupid calls it quits’ and ‘Everyone can see the stars’ are songs of peace and contentment inspired by leaving behind a 9-to-5 office job and pursuing life as a full-time musician. ‘Tigers’ was written in London and inspired by a near car accident on Iceland’s slippery winter roads.

‘The day my best friend died’ is dedicated to Floyd’s close friend and film-maker Cris Jones, who passed away in 2017. Three other tracks on the album are related to Jones, for whose film The Death & Life of Otto Bloom the tracks ‘Time on our hands’ and ‘Forget the future’ were written. ‘All that we’ll ever need’ was written in France especially for Cris’ brother’s wedding, and first performed in Iran.

"Floyd Thursby has a fascinating voice. But of course, all that would be insignificant without great songs as vehicles for that voice. Thursby has armfuls of them." (Rhythms magazine)

Bandcamp Daily  your guide to the world of Bandcamp

Featuring interviews with the mighty Haitus Kaiyote and genre-busting L'Rain.