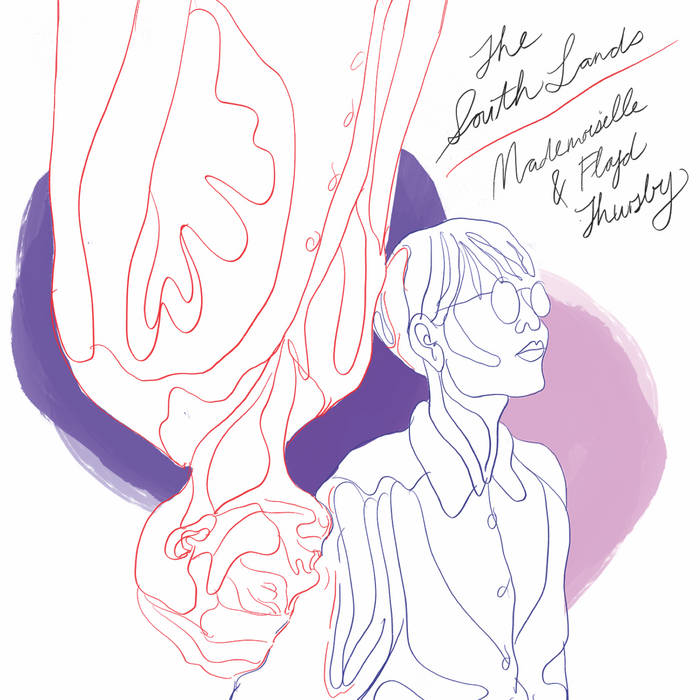 Melbourne musician Floyd Thursby and Hanoi singer-songwriter Mademoiselle have written, recorded and released a new album of duets. Featuring nine tracks sung in both English and Vietnamese, The South Lands is a story of the shared secrets of daily life in Australia and Vietnam. Why ‘The South Lands’? Both the word ‘Australia’ and the word ‘Nam’ in ‘Việt Nam’ originally mean ‘south’, so both countries have the common bond of being literally ‘South Lands’.

The folk/rock album incorporates both European instruments like guitar and keyboards, as well as Vietnamese instruments such as the one-string đàn bầu and the tuned gongs cồng chiêng. The contemplative lyrics explore romance, caring for others, unrequited love, dreaming of far away places and people, hope and happiness.

The two musicians have both performed many times at the Hanoi Social Club, one of Vietnam’s best indie music venues, and were introduced online by the Club’s owner John Sylvan. They met in person for the first time in August 2019, only hours before their debut performance at a state banquet in Hanoi hosted by Vietnam’s Prime Minister Nguyễn Xuân Phúc.

Floyd Thursby has been making music since 2005, as a solo artist and as lead singer of French gypsy jazz ensemble La Mauvaise Réputation. His last album To those in flames garnered Album of the Week plaudits from The Age, the Sydney Morning Herald and the Brisbane Times.

Mademoiselle has been hailed as one of Vietnam’s rising indie music stars, breaking on Soundcloud in 2016 with over two million streams of her song ‘Loanh Quanh’. Mademoiselle says, ‘I have never had any musical lesson except a guitar lesson I had during my university time where I dropped out after 1 month of registering because the teacher keeps saying that girls couldn’t play as boys did.’ Her 2020 album Những tiếng hát thầm (‘Whispers') was distributed by Warner Music.

The South Lands was recorded and produced in Melbourne by Marty Brown (Art of Fighting, Clare Bowditch) with support from the Australian Embassy in Vietnam.

"Floyd Thursby has a fascinating voice. But of course, all that would be insignificant without great songs as vehicles for that voice. Thursby has armfuls of them." (Rhythms magazine)

Bandcamp Daily  your guide to the world of Bandcamp

Featuring interviews with the mighty Haitus Kaiyote and genre-busting L'Rain.